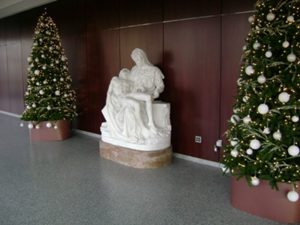 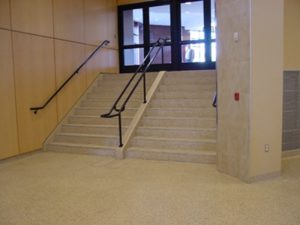 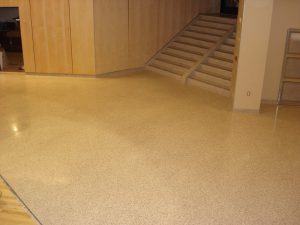 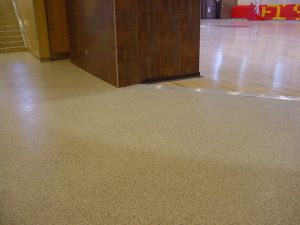 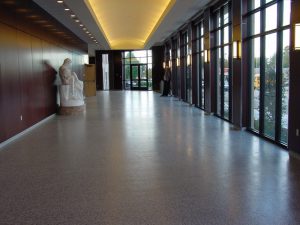 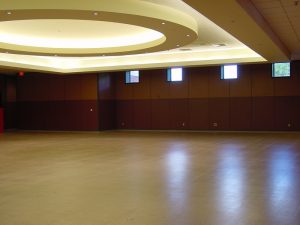 Chaminade High School on Long Island in Mineola, NY is a Catholic high school for young men grades 9 – 12. Plans for a $30 million athletic facility were brought to fruition with generous donations made to the school by alumni. Various flooring options including terrazzo were considered by the school. It was decided that a Dur-A-Flex floor system would be cost-effective and provide the desired decorative look while meeting the school’s budget.

To meet the new criteria, Dur-A-Flex’s Hybri-Flex® MC was selected. It would eliminate the moisture concerns, install quickly enough to meet the project’s tight timelines and allow the other on-site trades to adhere to their deadlines. As each section of flooring was installed, the other trades followed closely behind, accessing the same areas within 24 hours to do their own work.

Dur-A-Flex’s Hybri-Flex MC system offered the rapid turn around that the school needed to ensure the sports complex was completed in less than two weeks.