Flooring Moves Dur-A-Flex to the Head of the Class! 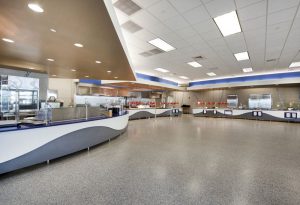 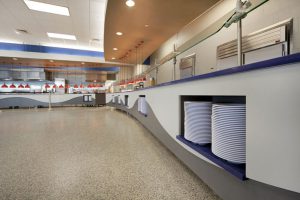 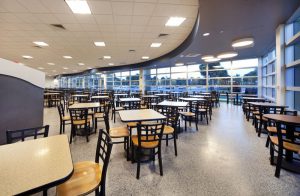 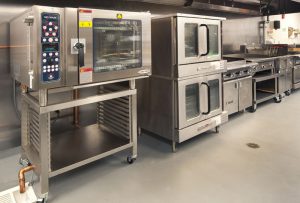 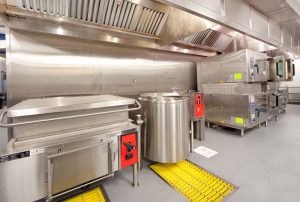 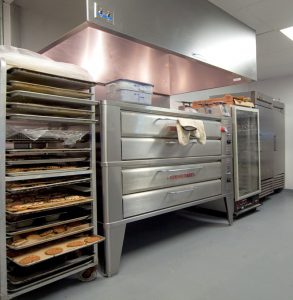 When Florida Atlantic University (FAU) decided to build out their dining hall and renovate their commercial kitchen, they took the recommendation of their food service provider and chose Dur-A-Flex, Inc. for their flooring needs.

After assessing the existing substrate’s condition and understanding the fast-track, build-out plans for the dining hall, a hybrid flooring system was recommended. Known for its aesthetically-pleasing and terrazzo-like appearance, Hybri-Flex® MC provides an easy to maintain, durable, seamless surface that is compatible for existing substrates and newly, poured concrete. Faced with a tight deadline and the need for a moisture tolerant system to reduce the risk of future floor failure, the Dur-A-Flex installer assured the FAU design team that Hybri-Flex could easily meet these demands.

As for the commercial kitchen area, FAU agreed with the recommendation to use Dur-A-Flex’s powerhouse urethane-based flooring system, Poly-Crete® MDB. Formulated to easily withstand high thermal shock and heat resistance as well as impact and chemical resistance, Dur-A-Flex’s Poly-Crete systems have an excellent track record within the food service and food processing industries.

“We were introduced to Dur-A-Flex’s regional sales rep and their contractor partner,” says FAU’s Paulo Brida, Facilities Planning. “I felt confident that, with their reputation both skill-wise and their flooring systems, the University was in good hands,” he adds. During the prepping phase, significant cracking of the substrate was discovered according to the Installer’s Operations manager. Once the existing tile was ground down and shot blasted off, the crew filled the cracks with Dur-A-Flex’s epoxy-based Elast-O-Coat waterproofing membrane. They also made sure they strengthened the joints, too. The team then went to work minding the smallest of details including floor terminations, cove bases, drains and the consistency of the poured flooring, itself. Under the diligent leadership of the Operation’s manager who ensured his crew was prepared daily for the challenges that awaited them, the install team finished the flooring in both areas one week ahead of schedule.

An exceptional floor completed the FAU dining hall and kitchen makeover providing a safe working environment as well as the student body and university staff with an attractive, clean and inviting dining area. “We really like the long life cycle of the Dur-A-Flex flooring products that were installed and knowing the high levels of moisture tolerance of the Hybri-Flex system gives the University peace of mind,” Brida says.