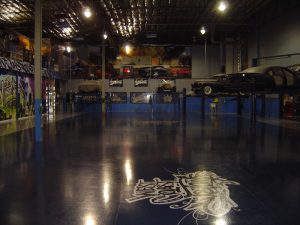 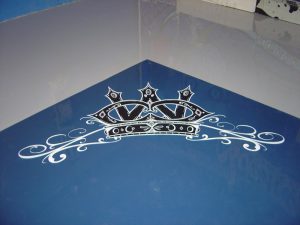 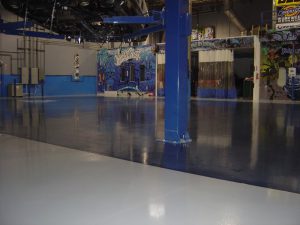 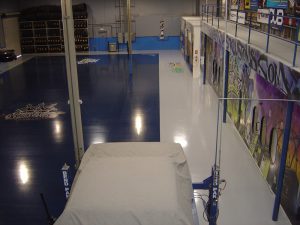 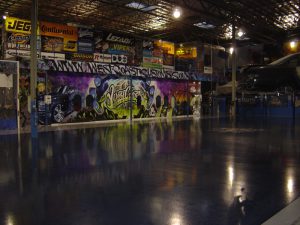 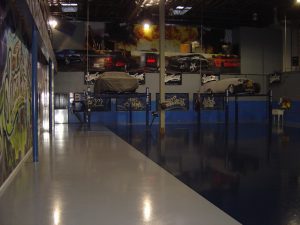 The Corona, California based automotive customization shop, West Coast Customs® is best known for its MTV smash TV show, “Pimp My Ride.” Yet, when West Coast Customs inked a new deal to host, “Street Customs” for TLC, they knew that their shop’s tired epoxy floor needed a Hollywood style makeover.

The existing shop floor was peeling and beginning to flake. The current epoxy system was scratched and dented by vehicles and tools, leaving them with a shop floor that was far from ready for a national television debut. However, the busy customization shop was struggling to find any time where they’d be able to move out all the vehicles and stop working long enough to install a new floor. So, in true reality TV show fashion, the drama was created with a tight deadline – just two and a half days to complete the entire job. All the work had to be completed over a long weekend so that on Monday morning, cameras could begin rolling for the new show.

Dur-A-Flex’s Dur-A-Gard SL system was chosen for its durability to withstand the constant traffic and heavy equipment used in the shop. The install of the custom floor began on Friday, a dark blue floor surrounded by a gray border. After the finishing touch of adding a large West Coast Customs decal was added and sealed in with a clear topcoat to protect it from the constant traffic, the floor was complete.

Right on schedule the installation crew rolled out on Sunday afternoon leaving the 10,000 sq. ft. West Coast Customs shop with a custom floor that was ready for its close up!